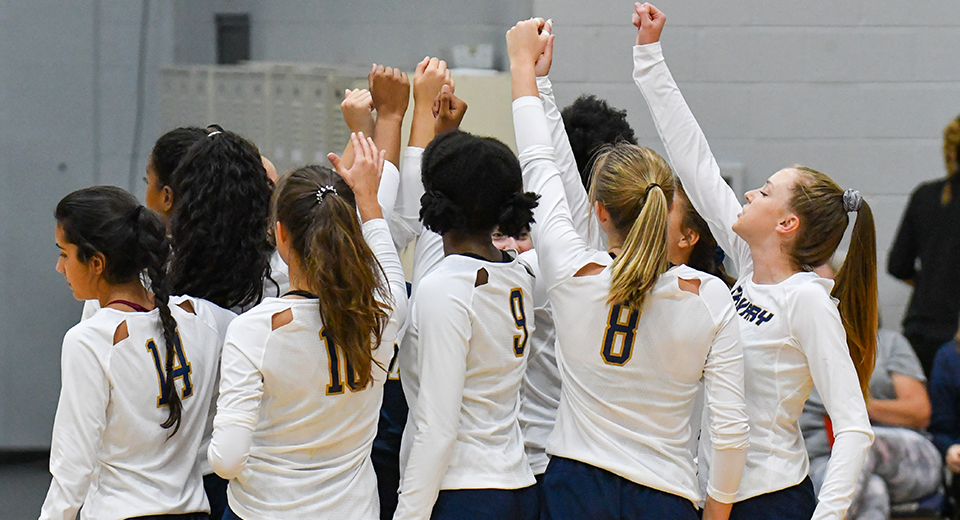 7/3/2020
Keith Huisman
South Florida Veteran to Take the Helm
The Calvary Athletics Department is proud to announce that Sam Skelton will take the reigns as Head Coach of the Girls Varsity Indoor Volleyball Program. Coach Skelton has over twenty-five years of coaching experience, nineteen of those at the college level. Moreover, he brings a deep desire to disciple student-athletes.

Sam will fill the vacancy left by Coach Hugo Jimenez. Hugo submitted his resignation in late May, opting to make a career change that would allow him to better provide for his family and first ministry.

“We are certainly sad to see Coach Hugo move on, but very happy for him and his family in this new chapter,” said CCA’s Athletics Director, Keith Huisman. “At the same time, we are excited about Coach Skelton and what he will bring to CCA. He has a heart for discipleship to match his volleyball acumen.”

Skelton began the Palm Beach State volleyball program, coaching the team for seventeen years. During his tenure, he became the fifth most winningest coach in the National Junior College Athletic Association. The team ranked in the top twenty-five nationally and top four in the state. Prior to PBSC, Sam led the Lake Worth Christian Defenders for six seasons. The team made several appearances in the state finals. In 2016 and 2017, he coached for Jupiter Christian, taking them to the FHSAA final four for the first time in school history. His last two years were at St. Thomas University.

While his list of accomplishments in the sport is impressive, his heart for ministry is his true value. Coach Skelton has consistently built a healthy program culture in each of his programs and will no doubt bring that same approach to CCA’s indoor program.

“I am excited to see what God has in store for the volleyball program,” said Skelton. “I look forward to challenging the ladies on the court and more importantly to see how God can use us for His Kingdom. In these troubling times, our new volleyball family could be stronger than ever. As referenced in the book of Phillippians, we will run this race together!”