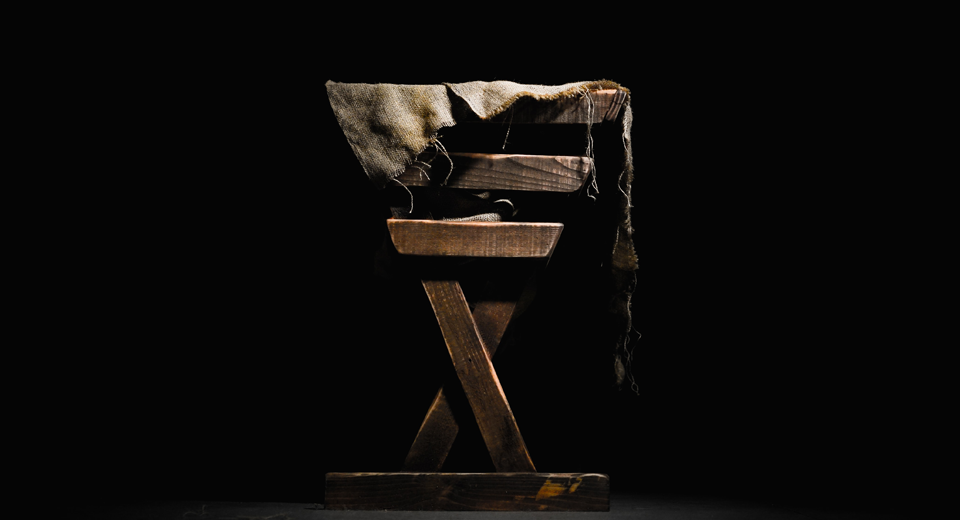 12/22/2021
By: Pastor Bill Schott
It’s easy to get swept up in the commercialized side of Christmas. In this blog post, Pastor Bill Schott — head of CCA’s Bible department — challenges us to not overlook how God became flesh and made His dwelling among us through the birth of His Son. This is Christmas, friends!
So, here we go again . . . another Christmas season with its hustle and bustle. Another season of looking for sales, mailing out cards, and putting up lights. Another season of wrapping gifts and checking off lists. Another season of… well, you fill in the blanks with what you have done again and again and again.

Christmas can become for us a repetitive set of actions that can be either joyful or stressful. Either way, if they have become routine, then Christmas can all too easily become routine as well. We spend most of December tirelessly pursuing things that other months simply don’t demand of us. Then the 25th comes, and we indulge in spectacular displays of unwrapping in minutes what took weeks to put all together. Then, by noon, we’re done! Whew! What’s next?

The Infinite became an Infant.

But wait a minute. What just happened here? Christmas is celebrating the greatest possible idea becoming our reality. The existential out-there-somewhere God who dwells in unapproachable light became an objective right-here God who dwells with us. And He began as a baby, like we did. He was dependent upon His mother, like we were. And He fully partook in humanity, like we do. Fully God? Yes. But now fully man as well. The Infinite became an Infant. It was a miracle, and it was like no other!

Here’s how St. Augustine put it;
“Man’s maker was made man that He, Ruler of the stars, might nurse at His mother’s breast; that the Bread might hunger, the Fountain thirst, the Light sleep, the Way be tired on its journey; that Truth might be accused of false witnesses, the Teacher be beaten with whips, the Foundation be suspended on wood; that Strength might grow weak; that the Healer might be wounded; that Life might die.”

How humbling is that! And for no other reason than this, Christmas is indeed the greatest time of the year. Think about what this means to the world. Think about what it means to you. Think about how our Old Testament heroes would have responded to this idea. Isaiah, one of Israel’s greatest prophets, saw a vision of the One who would become a child. And this is what he saw:

“In the year that King Uzziah died, I saw the LORD sitting on a throne, high and lifted up, and the train of His robe filled the temple. Above it stood seraphim; each one had six wings: with two he covered his face, with two he covered his feet, and with two he flew. And one cried out to another and said: ‘Holy, holy, holy is the LORD of hosts; the whole earth is filled with His glory!’ And the posts of the door were shaken by the voice of him who cried out, and the house was filled with smoke.”

Isaiah saw such an awesome picture of God that the doors shook and smoke filled the room; that’s a big deal! But it’s an even bigger deal that this King whose train of majesty filled the entire temple found it necessary to fit Himself into a baby’s cradle. Isaiah would have been amazed. We should be too, because . . .

The Greeks had a concept to describe the divine reason they observed in the universe. The term they used to identify this was Logos. The Logos to them was why they found order in things rather than chaos. The Logos was supreme, orderly, and magnificently transcendent.

John relates this to us when he begins his gospel with, “In the beginning was the Word (Logos), and the Word was with God, and the Word was God.” As John continues to demonstrate the weightiness of the love of God for us, he tells us that “the Word became flesh, and dwelt among us.”

He came for us. He cared for us. He taught us. He lived for us, and He died for us. He transformed the human race. His life divided time in half, counted in terms of B.C. and A.D. He is the most quoted, studied, written about, sung about, and followed Man in history. He is God with us, and He came as a baby.