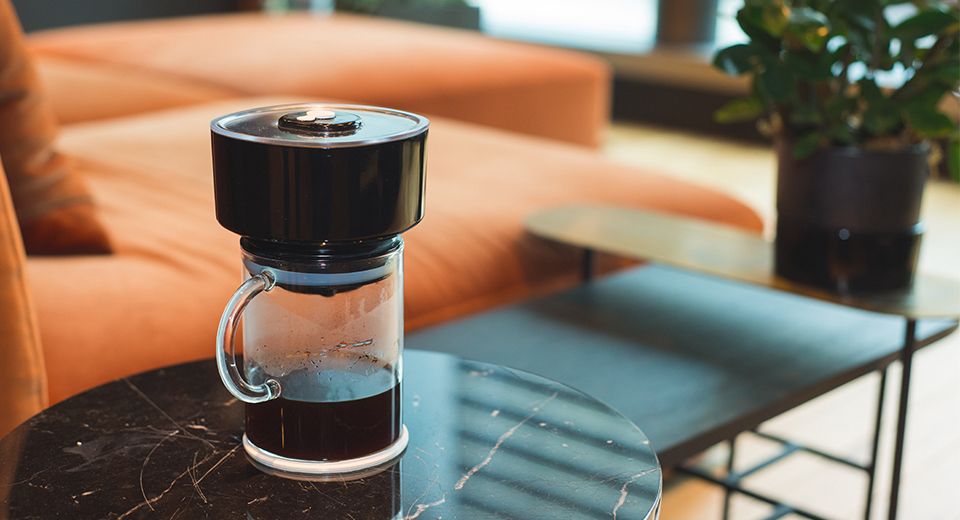 10/3/2018
Nia Hendricks
Eduardo Umaña, class of 2011 CCA graduate, shares how his interest in art opened the door to product engineering. Now, his third entrepreneurial venture will be making coffee history for Colombia.
Eduardo Umaña never considered himself a creative. Not in the traditional sense, anyway. As a kid, he spent much of his time tinkering with whatever was at hand, trying to make something new, and using his imagination to daydream about products that he wished existed. Years later, Umaña is proving that when we pay attention to our interests and stay curious, exciting things can happen.

“I took art classes [at CCA]... I think that’s what initially opened the door to the design world."

Born in Bogotá, Colombia, Umaña moved to Miami, Florida with his family when he was a teenager. He attended Calvary Christian Academy for two years before graduating in 2011. It was there that he first took an interest in art, and his curiosity set him on a course to become the entrepreneur he is today. “I took art classes [at CCA] with Mrs. Klipfel, where I found an interest in drawing—I think that’s what initially opened the door to the design world,” said Umaña. “I [took] studio art for the sake of taking an interest in different things… and that led me to taking more art classes in college, where I moved onto sculpture, and other things. Then, I finally found product design, which is what I really enjoy doing.” What started as an interested led him to his life’s passion.
Umaña graduated from Swarthmore College in Pennsylvania where he studied Mechanical and Electrical Engineering. Since then he has launched two different products and is now raising support for a third venture: FrankOne. Inspired by his love of coffee and his country, FrankOne is the very first Colombian coffee maker. Umaña invented a new extraction method that makes a sweeter, quicker brew. “FrankOne is the first coffee maker ever to use a high pressure vacuum to brew coffee—negative pressure. That has never existed before. Because of the vacuum system the coffee it brews is very sweet, it’s not bitter. It can make cold brew very quickly as well. Cold brew usually takes about 8 hours. FrankOne can make it 4 minutes! That’s a world record.”

“I always had peace that I was doing what God wanted me to do, even if things seemed difficult and overwhelming at times."

There are big dreams for this artisan coffee maker. Umaña hopes FrankOne will provide not only a better brew but better opportunities for Colombian coffee farmers. “Right now the coffee industry in Colombia is going through a tough time because coffee prices are very low in the world market. This means farmers are not able to profitably grow the crop–it can bring a lot of hardships to the families involved.” With the launch of FrankOne, Umaña plans on partnering with farmers to offer their product to consumers directly. Providing farmers with a larger profit. As his company grows, he plans to provide higher paying jobs that will feed into a more prosperous middle class in Colombia.
Inventing a product is a long process, one in which you see many failed attempts before successes. In spite of this, Umaña has held fast to the vision he believes God has given him throughout his career. “I always had peace that I was doing what God wanted me to do, even if things seemed difficult and overwhelming at times. That peace is something that God placed in me.” It’s rare for a person so young to have such an assurance. As Umaña campaigns to raise funds for his third product endeavor, he shared advice for CCA students trying to find their way: “Be curious. Take an interest in things you normally would not consider so that you can have a lot of different experiences. You might discover a talent or affinity you didn’t know you had before. Once you find something, specialize and go deeper.”
You can support CCA Alumnus Eduardo Umaña by pre-ordering FrankOne through his Kickstarter campaign and sharing with your friends on social media.
Back
Date Posted
No comments have been posted