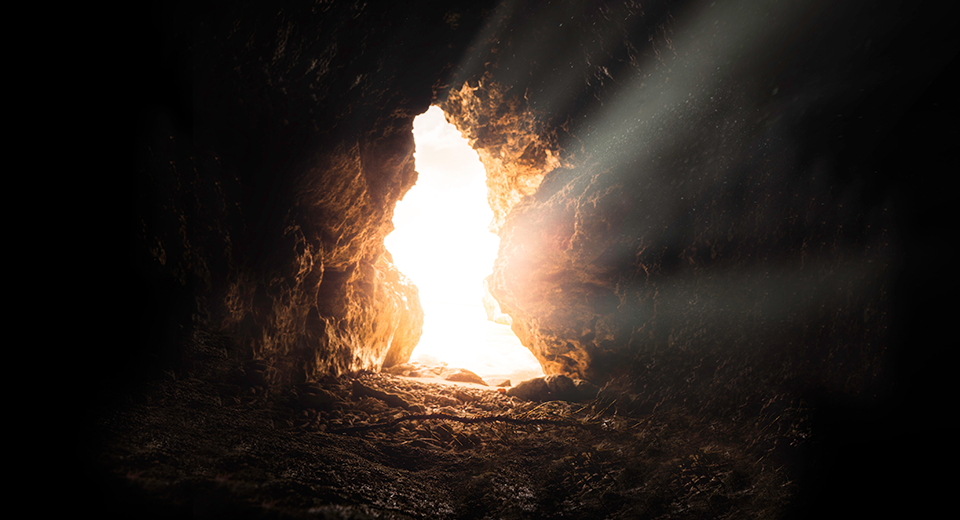 4/15/2022
Pastor Bill Schott
As we conclude Holy Week, many throughout the world will reflect on the climactic events that took place some 2,000 years ago. And some may wonder why so many will marvel at the crucifixion of a Jewish peasant and the remarkable claims of His empty tomb.
As we consider more deeply the impact these events have had, I’d like to discuss two questions the world has asked ever since: What is so good about Good Friday? And how could something so empty (the tomb) make so many feel so filled?

Let’s begin with that chilling Friday afternoon when the Son of God was slain. To understand why this Man’s crucifixion has stood out over and above all the others, I’d like to draw your attention to a question that was asked by the Magi to King Herod in Matthew 2:2, “Where is He who has been born King of the Jews?” Now that is an important question! But Herod had no answer for them.

In fact, Matthew’s gospel does not answer that question directly for another 25 chapters! God’s Word reveals who the King really is in Matthew 27:37 on a sign posted over Jesus’ head. Over His beaten, broken, and bloody body are the words, “THIS IS JESUS THE KING OF THE JEWS”. That’s where the King is? On a cross, stripped down and beaten? What kind of King would be hanging there?

[E]arthly kings send others out to die for them, but Jesus is a King sent to die for His people.

This is quite at odds with what many would imagine of royalty. After all, never did anyone look less royal at any time than Jesus did after the beatings and the floggings, when His broken body is hanging on a tree for everyone to watch Him die.

Aren’t kings dressed in royal robes? Aren’t their crowns made of gold? Then why does this sign over this Man’s head proclaim Him to be king? He has no royal robes to adorn Him, but rather He is stripped down. He has no golden crown proclaiming His majesty, but His is made of painful thorns.

And herein lies the revelation of God’s great love — earthly kings send others out to die for them, but Jesus is a King sent to die for His people. And this amazing dynamic makes the cross a test for each one of our hearts. Some hear this story and discount its meaning, while others are changed forever by it. Can you look at the beaten, broken, and bloody Man on the cross and see a King? Or does that just sound too foolish to believe?

The Apostle Paul tells us, “For the message of the cross is foolishness to those who are perishing, but to us who are being saved it is the power of God” (I Corinthians 1:18). Human kings intimidate with their power to gain allegiance, but our King lays down His life so that we may be granted ours. And God challenges our hearts perfectly by answering the Magi’s question on the top of a cross. It makes the gospel story a true test of our hearts.

I will point to that broken Man on that old wooden cross and loudly proclaim, THIS IS JESUS THE KING OF THE JEWS.

How do you see the Man hanging there on Good Friday? Do you see a fool? Or do you see the power of God’s salvation? I know how I will forever answer the Magi’s question. I will point to that broken Man on that old wooden cross and loudly proclaim, THIS IS JESUS THE KING OF THE JEWS.
Now some may wonder, what makes Jesus so different from others who have been crucified? This question brings us from Good Friday to Easter Sunday. Unlike every other person who was ever crucified and died, this One got up again. What makes Jesus different from the others is His tomb. The tomb of Jesus is empty! There’s no one there. Just stone walls, empty bed, and maybe an angel or two lingering behind.

And here’s why this is significant. The empty tomb brings lasting fullness to all who believe. Never has something so empty allowed so many to be so full. It allows us to be full of hope, full of excitement, and full of anticipation that death is not the end, but rather the beginning of an eternal journey far more glorious than anything we have ever experienced in our lifetimes.

The tomb of Jesus is empty! There’s no one there. Just stone walls, empty bed, and maybe an angel or two lingering behind.

As the Apostle Paul states its significance, “If Christ is not risen, your faith is futile, and you are still in your sins” (I Corinthians 15:17). Which is why I say with you this Easter weekend . . . God, we thank you with all of our hearts that the tomb was empty that Sunday morning, so that we wouldn’t have to be.