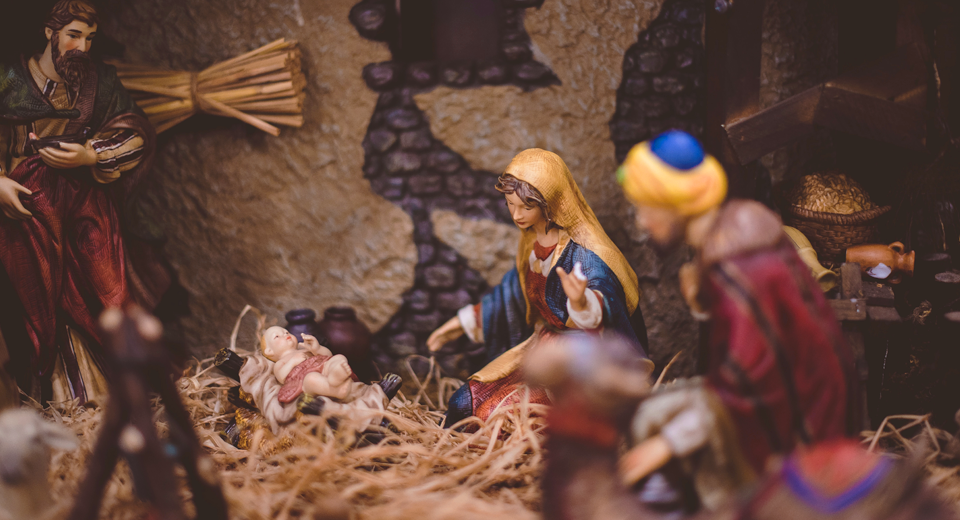 The Details That Divide

12/20/2019
By: Pastor Bill Schott
As we fix our eyes on the birth of Jesus this Christmas, consider the divine details of His birth. Despite them causing division more than 2,000 years ago and today, we as Christians can unify around the same mission — being purposeful about sharing the free gift of salvation to everyone who needs it.
Christmas is a word that strikes different chords with different people. For some of us, it can sound more like “Stress-mas” as we count down the days we have to get all of our shopping done. For others, it can sound more like “Bless-mas” as we choose to focus less on the season’s commercialism and more on its true reason⁠—the birth of Jesus.

The differing attitudes that this season brings is nothing new to Christmas at all. Jesus’ birthday has so much eternal significance attached to it that it has been dividing people’s hearts ever since it was first announced. This Child’s birth was so momentous that even the details of how it transpired divided the proud from the meek.

A Detail that Divided: The Star of Bethlehem

Take the Star of Bethlehem for instance. In Matthew 2, wise men from the east saw a spectacular star in the sky, which prompted them to travel from a faraway place to Jerusalem so they could inquire about the Child. What was it about this star that caused these men to travel so far? It was the fact that they knew this to be a star from prophecy.

What was it about this star that caused these men to travel so far?

In Numbers 24:17, the prophet Balaam prophesied, “I see Him, but not now; I behold Him, but not near; A Star shall come out of Jacob; a Scepter shall arise out of Israel.” The prophecy of this star indicating the future birth of their long-awaited King caused great excitement and joy in the hearts of these humble men of nobility.

But that was not everyone’s reaction to this star. You see, one verse later we read, “And Edom shall be a possession; Seir also, his enemies, shall be a possession, while Israel does valiantly.” From this prophecy, Herod would have understood that the Child the star foretold would conquer the Edomites, his own ancestral people! So, while the wise men rejoiced over the star, Herod shuddered to the point of plotting the Child’s murder. Truly, this was a star that divided.

The Babe in a Manger: One Born to Die

Jesus lying in a manger. What a picture of gentleness and peace. Christmas is about nothing at all if it’s not about this wonderful scene—Mary and Joseph looking upon their Child with adoration and awe while the shepherds behold their newborn King. But there is more to this picture than meets the eye.

As we know, this is no ordinary Child, and this is no ordinary scene. In the sweetness of the moment, a bigger story is being indicated, and the message is in the details of the manger scene where Mary and Joseph are. During this time, Joseph’s duty as the father would be to clean the blood of His birth off the Child. Jesus was then wrapped in swaddling cloths and placed in a manger, which in His day, was a flat bed cut out of limestone, unlike the versions we use in our manger scenes today. It was here, after the angelic announcement, that Jesus could be found by the shepherds.

Jesus lying in a manger. What a picture of gentleness and peace. Christmas is about nothing at all if it’s not about this wonderful scene

The death of Jesus is likewise seen through the eyes of a Joseph and Mary—Joseph of Arimathea and Mary Magdalene. After Jesus’ death on the cross, Joseph of Arimathea asked for the body of Jesus and cleanses His body of the blood of His death. He then helps wrap His body in burial cloths, mummifying Him like how He was wrapped at birth. Jesus is then laid on a stone bed in the tomb where He would be in the presence of angels. The scenes of His birth and death are nearly the same. This was truly a Child who was born to die.

It is the meaning behind Jesus’ birth that makes Christmastime the most wonderful time of the year. As the Star of Bethlehem indicated, this birth divides those with open hearts (like the Magi) from those with closed ones (like Herod), as His birth points to either life or death. That is why whether we are shopping for the Magi or for the Herods in our lives, Jesus is the gift that we should be giving to everyone this year.

Whether we are shopping for the Magi or for the Herods in our lives, Jesus is the gift that we should be giving to everyone this year.

Bill Schott serves as the head of the Bible department at Calvary Christian Academy and as an Associate Pastor at Calvary Chapel Fort Lauderdale. He teaches Apologetics, Typology, New Testament Greek, and Biblical Hebrew. He and his wife Diana have two grown children and two beautiful grandchildren!
Back
Date Posted
No comments have been posted