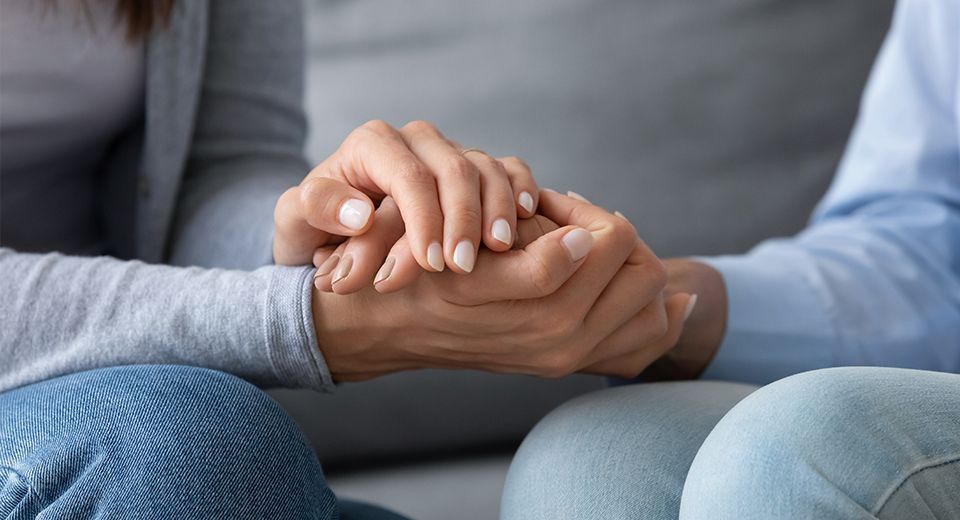 2/5/2021
By: Pastor Bill Schott
Many of us avoid confrontation because we’re not really sure how to go about it, but as Christians, we’re called to live in harmony with fellow believers. Thankfully, Jesus gave us a roadmap to help us serve as leaders in the ministry of reconciliation. Join Calvary Christian Academy’s Bible Department Head, Pastor Bill Schott, as he breaks down the Matthew 18 principle that is not only relevant for adults, but for children as well.
Can you think of the last time you encountered conflict with someone in your life — a family member, friend, or colleague? Chances are you weren’t entirely thrilled to be in that situation and would have rather avoided it altogether. Oftentimes, us humans are prone to avoiding confrontation with others because we’re not sure what to say or do.

Thankfully, Jesus knew we would need guidance in this area and laid out a simple and effective framework in Matthew 18 for resolving a dispute with a fellow believer who appears to have sinned against you (and ultimately God).

As a high school Bible teacher, I have turned to the Matthew 18 principle to help students resolve conflict caused by gossip, slander on social media, and other wrongdoing. One way we strive to foster a biblical environment at Calvary Christian Academy is by exhoriting students to live free from the bondage of grudges, resentment, anger, and unforgiveness, reminding them that Jesus commands us to love one another, even our “enemies” (Matthew 5:43-48).

The Lord cares enough about us and our relationships to give us the Matthew 18 principle; it’s a divine way of setting ourselves free by the damage done by other people so we don’t have to carry the burden of baggage. Forgiveness is based on our ability to understand the dysfunction that exists in others because of the Fall. We must ultimately remember that hurt people hurt people, which should move our hearts toward compassion, humility, and the ministry of discipleship. Responding in such a manner will help us take the offense less personally.

So how do we go about making an offender our friend again? How do we stay faithful to speak the truth in love?

As you walk through the steps below, I want you to envision implementing them in the most organic way possible. Follow the principle with speech that comes naturally to you. Remember, our goal should always be to show love and genuine concern. Something I like to do is ask the person I’m addressing to stop me if they feel I’m not coming across loving.

Extending forgiveness and achieving harmony is not easy, but we cannot forget to what extent we have been forgiven. Romans 5 tells us that while we were still sinners, Christ died for us. And when Jesus said “Father, forgive them, for they know not what they do,” on the Cross, the verb forgive in the original language was in the future perfect tense, meaning that He asked God not just to forgive those who persecuted Him in that moment, but before, after, and all throughout the persecution process. He was referring to an ongoing, endless forgiveness. God forgave you and me an unpayable debt, so the expectation is that we would forgive as He has forgiven us.

Extending forgiveness and achieving harmony is not easy, but we cannot forget to what extent we have been forgiven.

As parents, we need to teach our children the importance of forgiveness from an early age. As they mature, you can walk them through the Matthew 18 principle in the form of acting, creating mock scenarios in which they would have to apply the principles.

Children who are being raised to love and serve Jesus need to know that even though forgiveness is a medicine that doesn’t taste good going down, it is healthy and good for them.

Children who are being raised to love and serve Jesus need to know that even though forgiveness is a medicine that doesn’t taste good going down, it is healthy and good for them. They will probably be mocked for displaying such obedience and initiating reconciliation God’s way, even by fellow Christians, but remind them that there is strength in humility and great is their reward in heaven.

In order to teach these principles to our children, we need to be modeling them and practicing them in our own lives when conflict arises. But thanks be to God and His grace that He left us with a framework that is designed to lead us, His children, toward peace and freedom.

If you want to learn more from Pastor Schott, he will be teaching a free online class on the book of Revelation beginning February 24 at 6:45 PM. For more information and to register, click here .
Back
Date Posted
No comments have been posted