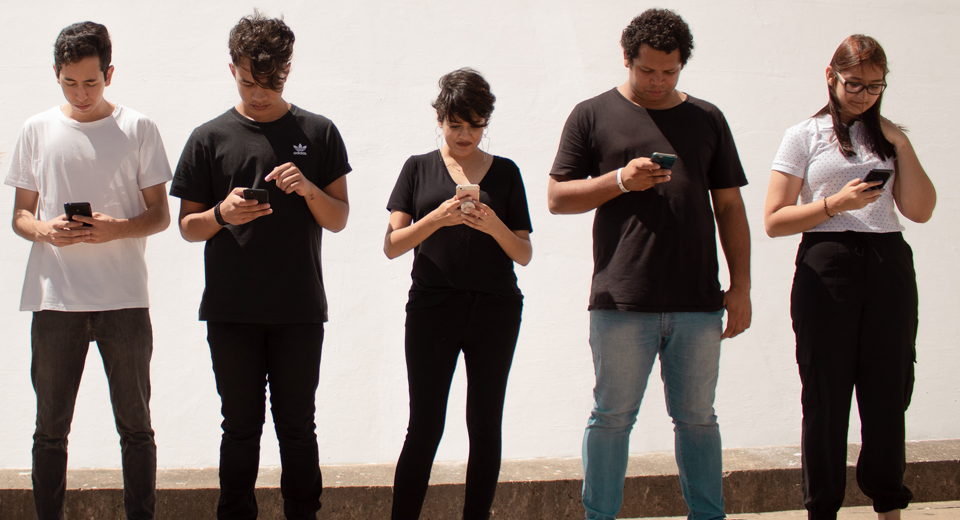 10/15/2021
By: Erik Most
Mr. Most continues his monthly blog series with a discussion on how the digital world is designed to draw us in by appealing to our wants and desires. Such vying for attention has impacted Gen Z’s ability to sit, think, and process — abilities that are essential for developing an intimate relationship with Jesus. You can help your child swim against the current with the boundary-building strategies presented in this article!

Author and professor James K.A. Smith says, “We are what we want. Our wants and longings and desires are at the core of our identity, the wellspring from which our actions and behavior flow. Our wants reverberate from our heart, the epicenter of the human person.”

In other words, Smith is saying that we are not primarily defined by what we know or what we believe. Who we actually are and what we actually want is revealed in what we continually crave, desire, and long for.

Who we actually are and what we actually want is revealed in what we continually crave, desire, and long for.

Smith goes on, “operating under the hood of our consciousness, so to speak — our default autopilot — the longings of our heart both point us in the direction of a kingdom and propel us towards it.”

We are not merely brains on a stick, rationally parsing out every single decision based on a cost-benefit analysis. We do what we’ve been conditioned to love and then process later. Thomas Cranmer puts it this way: “What the heart wants, the will chooses and the mind justifies.”

“What the heart wants, the will chooses and the mind justifies.”

Now, what does this have to do with Gen Z and technology?

The reality is this: The screens on our phone serve as an exposé of what our hearts really actually want. Our internet histories. Who we follow on Instagram. What we tweet. What's in our cart on Amazon. All of it serves as a spiritual echocardiogram. And we all know the prognosis is terrifying not only for our students, but for ourselves as well.

The following cartoon illustrates this point.

As you can see, reason thinks it's in charge, but ultimately it doesn’t stand a chance against the power of emotion, or what I've described as our hearts.

So then, why is this digital age particularly dangerous for this dynamic? Because more than ever, programmers and marketers have all the data and research to appeal to our loves every time we pick up our phone. It is a constant barrage. It creates an environment where our desires are formed and we don’t even realize it!

programmers and marketers have all the data and research to appeal to our loves every time we pick up our phone.

Let's look at another cartoon.

Our students are swimming with the current of a digital world that is largely informed by millennial techies in Silicon Valley that work for one of five companies. Their loves and desires are being subtly formed without them even knowing it. It might be the same for us. Furthermore, their attention spans are eroding and their ability to sit, think, and process is being diminished.

We are in the business of growing Redwoods, not weeds.

Pastor and author John Mark Comer says, “There’s no killer app for the soul; souls are grown the ancient way, like trees, slowly, over decades, on a timescale entirely different to that of human civilization, by sinking roots deep and waiting patiently.” This ancient way of unhurried Bible reading, prolonged attention, and prayer and meditation is hard to find in Gen Z. As disciple makers, we are in the business of growing Redwoods, not weeds. If we are to do that, the digital ecosystem must be reevaluated.

Here's a takeaway as we conclude:

The power of habit and spiritual disciplines is greatly underestimated today. 60% of Gen Z say their generation is on their phone too much, and the other 40% are probably lying!

What habits could we instill to regulate phone usage in the home and encourage growth the ancient way?

Maybe suggest your child keep their phone plugged in the kitchen overnight and don’t pick it until they’re leaving the house the next morning. (Some of you may already do this!)

Another route would be to suggest self-imposed time limits on social media apps, which can be managed through the screen time setting. I’ve done this a few times with my students over the weekend where they voluntarily give me their phone, and I put in a password. I’ve had students emailing me over the weekend begging for the code!

Comment below if you end up implementing these tech-wise discipleship strategies in your household; I’d love to hear your outcome!

60% of Gen Z say their generation is on their phone too much, and the other 40% are probably lying!

Mrs. Dougherty, CCA’s Middle School counselor, also shared similar screen-regulating strategies in this blog post she wrote that I recommend you check out as well.

Erik Most has been a High School Bible teacher at Calvary Christian Academy for eight years. He teaches the class "Christ and Culture" and is currently the Lead for High School Discipleship. He completed his undergraduate degree at Wheaton College and earned his Master of Divinity at Knox Theological Seminary. Most serves as an elder at Rio Vista Community Church where he attends with his wife Meagan and their son August.