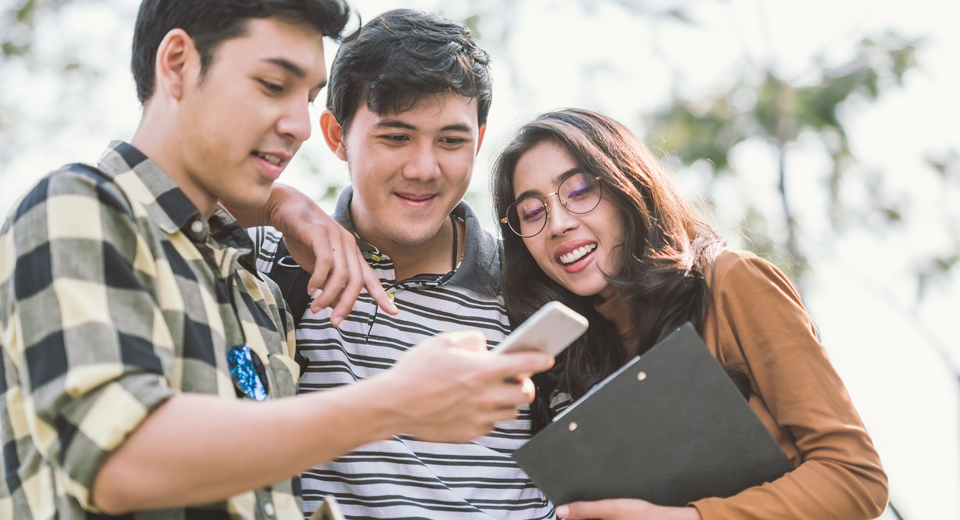 1/14/2022
By Erik Most
CCA Bible teacher, Erik Most, continues his monthly vlog series discussing how shocking content that teens are frequently subjected to is leading to desensitization and the devaluing of human life. By asking your Gen Z child three simple questions, you can help him/her resist this downward trend and develop the cultural discernment needed to safely navigate this ever-changing digital age.

A year or two ago, I was in my classroom during the passing period when a student came up to me giggling, staring at his phone.

He turned his phone toward me to show me the video on Instagram, which depicted someone reaching into their hamster's cage, grabbing their live hamster, and flushing it down the toilet — all of this recorded from the first-person view.

It was at this point that I began to realize the development of the viral threshold.

Now maybe it was fake, in which case maybe there was some humor there? I wanted to try to give him the benefit of the doubt. But my reaction when the student showed me the video was one of general shock and disgust. He was taken aback by my response, and the smile quickly disappeared from his face. It was a clunky interaction, but I was genuinely shocked at his cavalier, amused reaction to this video that I found pretty horrifying.

It was at this point that I began to realize the development of the viral threshold. What I mean by this is that the threshold of what is considered acceptable is constantly being pushed forward such that things previously considered horrible are now considered natural or funny.

teens need to create a product that no one has ever seen before.

Teens live in a digital economy. They themselves are the product that they’re marketing. Likes, comments, and retweets are the currency. Therefore, in order to obtain the most currency, teens need to create a product that no one has ever seen before. They need to go viral.

The easiest and most natural way to do this is to deliberately and shockingly blow past any cultural norms to gain the most extreme reaction, just like my student showing me the hamster video. Another way we see this playing out is by posting explicit or revealing pictures of themselves as a way of garnering attention.

the line gets crossed, pushing the threshold further and further

Yet, the issue is that as soon as that video or picture is posted, the line gets crossed, pushing the threshold further and further, to the point where videos, pictures, memes that were shocking in 2015 are now commonplace. Collectively, a generation’s view of basic dignity and appreciation for human life are eroding away. People are reduced to pixels. Humans exist to be digitally commodified and sold for likes and retweets, and that includes themselves.

The idea of the viral threshold is compounded by the reality of media desensitization. Imagine a newscaster saying something like, “There were 10 murders today in the south side of Chicago. Authorities are quickly working to find solutions and bring the shooters to justice. In other news, the new zoo exhibit today officially opened, and whaddya know, the giraffes gave birth to a baby giraffe!”

In an increasingly digital age, we are afforded zero time to think, process, grieve, lament, and process the terrible news we are bombarded with daily.

In an increasingly digital age, we are afforded zero time to think, process, grieve, lament, and process the terrible news we are bombarded with daily. Maybe even worse, this news is set within the context of thousands of other frivolous, trivial, and irrelevant things, such that it's difficult to distinguish what actually matters. This overwhelming dynamic is the driving force behind much of the apathy that we see in today’s younger generation.

Studies on this dynamic yielded the following results:

What this results in is a large majority of students that can't take anything seriously. On its face, this is a coping mechanism, but the implications for leading successful, holistically healthy lives is troubling.

“Gen Z and millennials don't have the ability to control the economy, but by goodness they can put text on a GIF and say something about the situation. Simply put, if you can't cope with it, make fun of it.” –Professor Shane Tilton, Ohio Northern University

The Cure of Cultural Discernment

In his book on Gen Z, David Kinnaman says that cultural discernment is one of five key areas that produce resilient teenage disciples. They define cultural discernment as this: taking part in a robust learning community under the authority of the Bible in order to wisely navigate an accelerated, complex culture.

Put more practically: keep a pulse on the shows, movies, songs, and videos that your kids are exposed to and have open conversations about them. Below are three questions you can ask students to help them develop cultural discernment when consuming media and entertainment; challenge them to think critically about the messaging and context in each cultural artifact.

Keep a pulse on the shows, movies, songs, and videos that your kids are exposed to and have open conversations about them.

Disclaimer: he/she may not want to go through these questions regularly with you, but don’t let those eye rolls stop you from having these important conversations!

As students begin to internalize this process themselves, they will be able to self regulate better and make more wise and informed decisions in today’s complex media environment.

Erik Most has been a High School Bible teacher at CCA for eight years. He teaches the class Christ and Culture and is currently the Lead for High School Discipleship. He completed his undergraduate degree at Wheaton College and earned his Master of Divinity at Knox Theological Seminary. Most serves as an elder at Rio Vista Community Church where he attends with his wife Meagan and their son August.

Be sure to circle back to the CCA Blog next month to hear what Mr. Most has to say for part seven of this thought-provoking series! Missed last month’s article? Click here to give it a read!