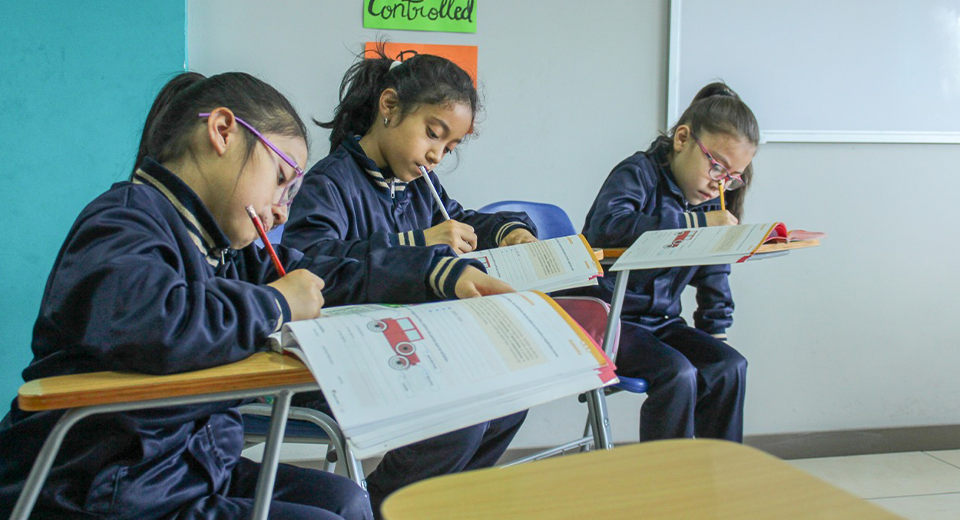 12/30/2022
By: Joe Wilson
Because God so loved the world, we’re on a mission to reach it! Learn how CCA has been partnering with Calvary Chapel Fort Lauderdale to help launch Christian schools in Central and South America. Joe Wilson, Head of Lower Schools, is leading CCA's efforts internationally and is excited to share with you how God is moving globally and how you can get involved!
Christian education has proven to be one of the most effective ways of solidifying biblical faith in children. In a 2015 study cited by The Gospel Coalition, 63% of Christians accepted the Lord between the ages of 4-14, which researchers refer to as the “4-14 window”.

63% of Christians accepted the Lord between the ages of 4-14, which researchers refer to as the “4-14 window”

The importance of this critical time in a child’s life is as true in South Florida as it is in different countries across the globe. Over the past 25 years, Calvary Chapel Fort Lauderdale (CCFL) has sent missionaries internationally to spread the gospel. In a few cases, these church-planting missionaries have answered the call to also plant Christian schools to reach the 4-14 window.

During this time, CCFL & Calvary Christian Academy (CCA) have had the opportunity to provide support and guidance to help these partner schools launch and operate successfully while maintaining a healthy culture.

One of the earliest school planters was Robert Aguayo, who has now successfully planted two schools in the Yucatán Peninsula in Mexico. Robert’s time as a CCA administrator in the early 2000s prepared him for his current calling and helped instill the importance of making disciples as the overarching goal in his schools.

Robert’s first school, Centro Educativo Calvary, launched in 2006 and grew to over 550 students at its peak. Robert, along with his wife Damaris, have now opened a second school in Mérida named Lighthouse Comunidad Educativa, which currently serves over 100 students who come from Christian households.

Robert and Damaris are not only impacting families in Mérida, but they have also made a lasting and eternal impact on many, many students at CCA over the past 15+ years. Each year, CCA's 11th-grade class travels to Mexico to minister at Robert’s schools and the churches around the Yucatán that he and Damaris helped plant. This trip has become a capstone event at CCA and one of the most effective ministries experienced by its students. The partnership has been spiritually rich and continues to impact the school's community for Christ.

Serving alongside Robert for several years in Mexico was a Calvary Chapel Fort Lauderdale missionary couple, Jeff and Nicole Stone. Jeff and Nicole felt God’s call to start a church in Quetzaltenango, Guatemala (about 125 miles west of Guatemala City).

After successfully launching Calvary Chapel La Esperanza in 2012, Jeff envisioned starting a Christian school that ministered to a younger generation. In 2016, Calvary Christian School (CCS) La Esperanza was launched with 12 students. Through lots of hard work, prayer, and the Lord’s favor, CCS has grown in six years to over 280 students and is currently on a waitlist for new applicants!

He sees Christian education as “the vehicle for revival in this next generation."

Upon its inception, CCS adopted CCFL's "Passing on the Legacy of Faith” parenting class curriculum and made it a requirement for parents the same way it is at CCA’s Fort Lauderdale campus. Calvary La Esperanza has also hosted daddy-daughter dances, men’s retreats, and moms' bible studies, among other discipleship initiatives.

This commitment to discipleship has extended into South America where Santiago Amin, a CCFL missionary to Cartagena, Colombia, had a burden to bring Christian education to a small, impoverished island off the coast of Cartagena. In partnership with Calvary Chapel Cartagena, Calvary Christian Academy Tierra Bomba was launched in 2021 with just eight students. Today, the school is almost full with 17 students and making a profound impact in the lives of those children and families.

CCA Tierra Bomba is fully funded by donors, as the area they serve is very impoverished. This year, Calvary Chapel Cartagena launched a second school, CCA Cartagena, in the center of the city. The first-year enrollment of 22 students is a praise report, as they are already seeing incredible ministry occur.

“Kids are excited and the families are motivated. We are excited to see what God is doing. Like everything else, the beginning is full of challenges, but we know God is in it,” said Santiago.

His personal research reveals that there is a great need and opportunity for Christian schools in the area; he could only find a record of one small Christian school in operation in all of Cartagena. Jesus’ words in Matthew 9:35 ring true: “The harvest is plentiful but the workers are few.”

In addition to the schools CCFL and CCA have helped launch, the church and school are working with other ministries to expand and promote Christian education abroad, including consulting with churches in Italy to open Christian schools.

The hope is to see Christian education thrive internationally and domestically and empower communities to draw families to a deeper relationship with the Lord.

The hope is to see Christian education thrive internationally and domestically

“We believe that Christian education is one of the most effective ways of solidifying biblical faith in children, and incredible support for Christian parents, regardless of their geographical location,” said CCA’s President, Jason Rachels, Ed.D.

Students around the world have also had the opportunity to receive a Christian education in the United States and live with a Christian homestay family through CCA’s International Student Program.

3 WAYS TO GET INTO THE GLOBAL STORY

Joe Wilson joined the CCA family on staff in 2008 and currently serves as the Head of Lower Schools and Director of Finance and is the Chairman of CCFL’s Mission Advisory Board. He holds a master’s degree from FAU in Educational Leadership and a bachelor’s in Finance from Flagler College. Joe and his wife Erika attend Calvary Chapel Fort Lauderdale and have two boys who attend CCA: Caleb (2nd) and Benjamin (K). Joe has had the opportunity to serve as a consultant and encouragement to the schools mentioned in this article.
Back
Date Posted
No comments have been posted