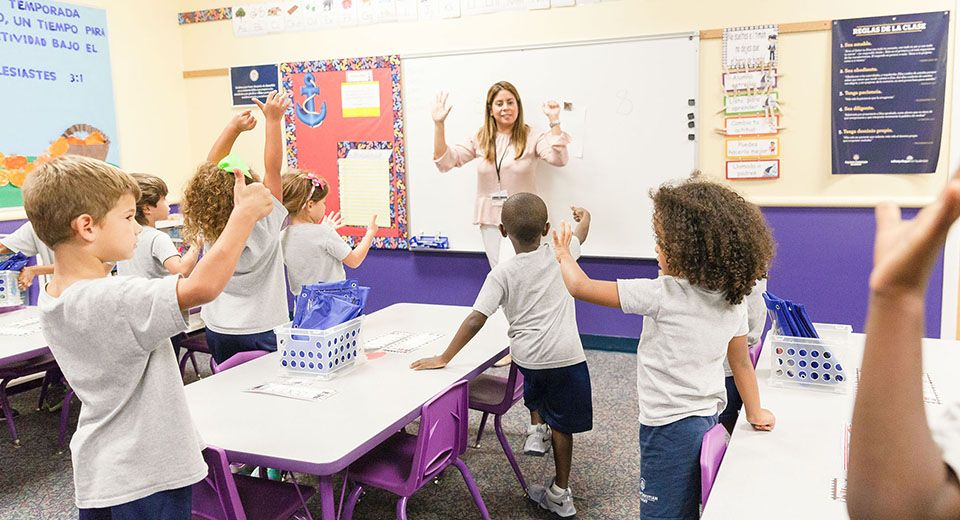 2/14/2018
Sponsored by Baptist Health
If you’re considering teaching your child a second language, Spanish would be a good choice. Here's why . . .
With Spanish coming in ahead of English as the second mostly widely native-spoken language in the world, the advantages to becoming bilingual are many—especially for Floridians! Here are just three reasons why your child should be learning Spanish as a second language:

The Easiest Way to Teach Your Child Spanish

According to studies, the best time for someone to begin learning a second language is between infancy and age 7—the brain is at its most flexible state within this window. Probably the easiest way for a non-native speaker to teach their child Spanish is to have them learn it at school and then reinforce it in the home. Pre-K4–1st grade students have the opportunity to start learning all of their core subjects in Spanish through the Spanish Immersion program at Calvary Christian Academy. “In a language immersion program, the classroom environment becomes the setting for language acquisition through subject content instruction and social interaction,” said CCA’s Elementary School Principal. Essentially, Spanish is integrated into their everyday life.

What Parents Are Saying

For parents who are not Spanish-speakers themselves, the idea of helping their child with homework in Spanish may seem intimidating. Now that their child has participated in the Spanish Immersion program, here’s what parents are saying:

“We've had a great experience so far with our daughter in first grade. She's adopted Spanish extremely well without any regression in her reading/writing in English."—CCA Parent

"If you are considering it, take the leap. Put aside your own questions or anxiety and embrace something new. You won’t regret it!"—add.a.lingua Parent

If you are interested in learning more, or would like your child to participate in the Spanish Immersion program at Calvary Christian Academy, contact Dawn Vitulli at DawnV@CCAEagles.org.
Back
Date Posted
No comments have been posted